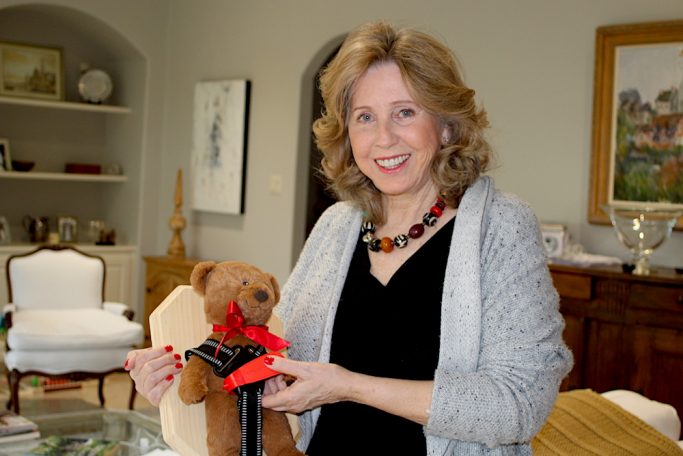 Eager to care for her brand new granddaughter, Barbara Heilman’s first order of business was to shop for a car seat.  She couldn’t operate the model her daughter, Becca Davison, owned, and she wanted something easy to use.  However, when Barb and Becca returned from their shopping trip, Barb was frustrated and slightly panicked.  She didn’t have the strength to unbuckle any of the car seats in the stores.  When she took care of little Eve, they were not going to be able to leave the house!

Like 1/3 of all women over 55 and lots of younger folks too, Barb struggles with CMC (carpometacarpal) joint arthritis.  The former occupational therapist, specializing in hand therapy, explains this affects the most mobile joint in your hand–the little spot right where your thumb rotates. Used for “absolutely everything,” this joint wears down with repetitive activities or an injury.  Barb has trouble opening medicine caps, cutting with scissors, and pushing any knob or button with her thumb.

It’s been a while since I have operated, or even paid much attention to, a car seat. It turns out those little red buttons you push to release the car seat strap are federally regulated. They all work the same.  Because they all function with nine pounds of pressure, children don’t have the strength to push them and escape. But this means many adults, like Barb, can’t push the button with their thumbs to release the strap either. 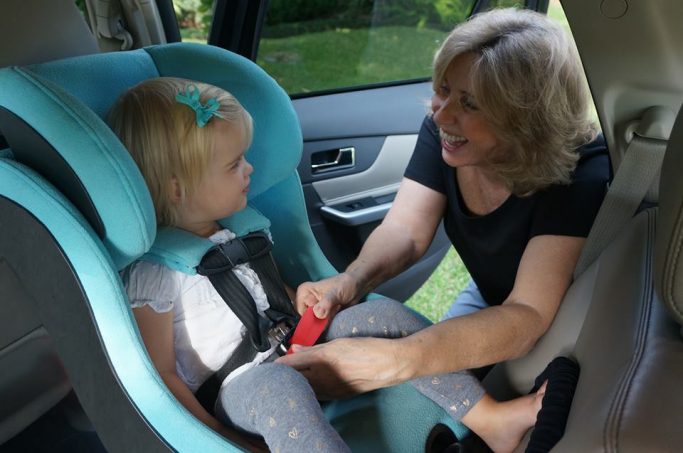 Barb and granddaughter, Eve    (Thanks to Barbara Heilman for this photo)

As we chat in her lovely Houston home, the Wisconsin native tells me she used to accompany hand surgeons on mission trips to Nicaragua and Guatemala. The doctors performed the surgeries, and then Barb made postoperative splints for the patients out of donated thermoplastic material.  Digging out the leftover sheets of this material from her garage, Barb set to work designing a gadget to solve her car seat problem. 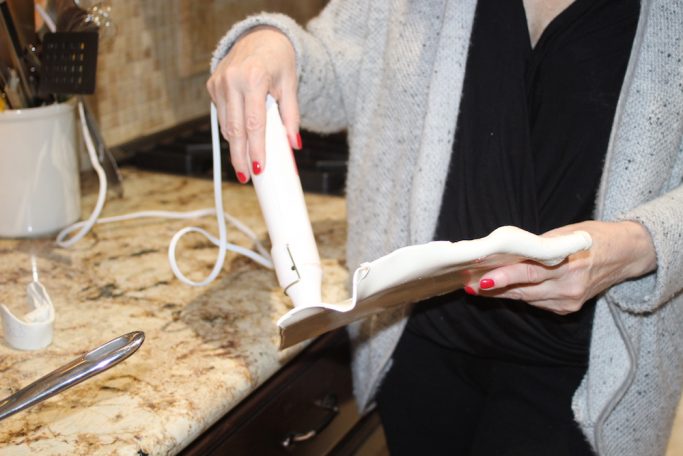 In her kitchen, she demonstrates how to warm the small sheets of this material with a heat gun. Becoming pliable, the stuff will then stretch, bend, stick to itself, and stay in any position you like.  As she worked to craft a device to help her unbuckle the car seat, Barb played around with lots of different designs.  Chuckling, she shows me her bucket filled with trial and error attempts.  “Some have hinges, one attaches to your purse,” she laughs, holding up various models.  Both daughters and their husbands weighed in and had definite opinions regarding the best design. 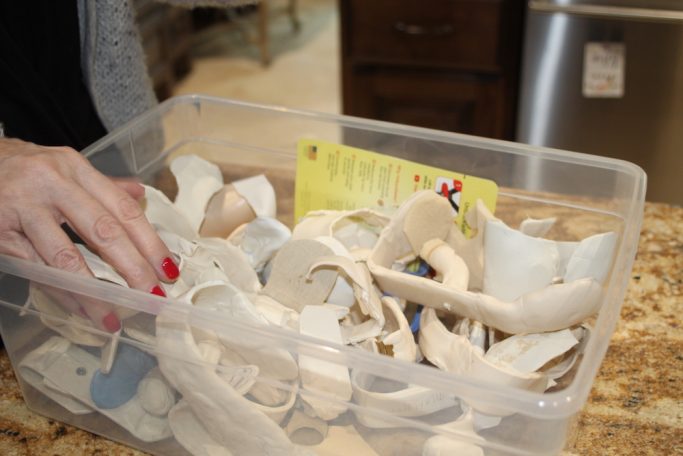 The bucket of UnbuckleMe attempts

The design she settled on, Barb explains, works on the lever principle.  Smiling as she talks about her invention, she asks if I remember the Type 2 lever from physics class?  Uh—not really.  She gives me an exaggerated example.  “If you want to lift a house, you wedge a board underneath it, and then push on the point farthest from the house,” she says. In her product’s case, the key is the lever, and the force of the car seat button is reduced by 50 percent.  Problem solved— she can easily push the button!

Prototype in hand, Barb and Becca headed to a baby convention in Las Vegas to test the response to their device.  The mother-daughter duo did get great feedback, particularly from a prominent social media influencer, The Baby Guy NYC.  According to Barb, all the young parents follow him.  “If Baby Guy says something is good, it is good,” she tells me.  To their complete delight, Baby Guy endorsed their new product and even offered to help them spread the word about it. 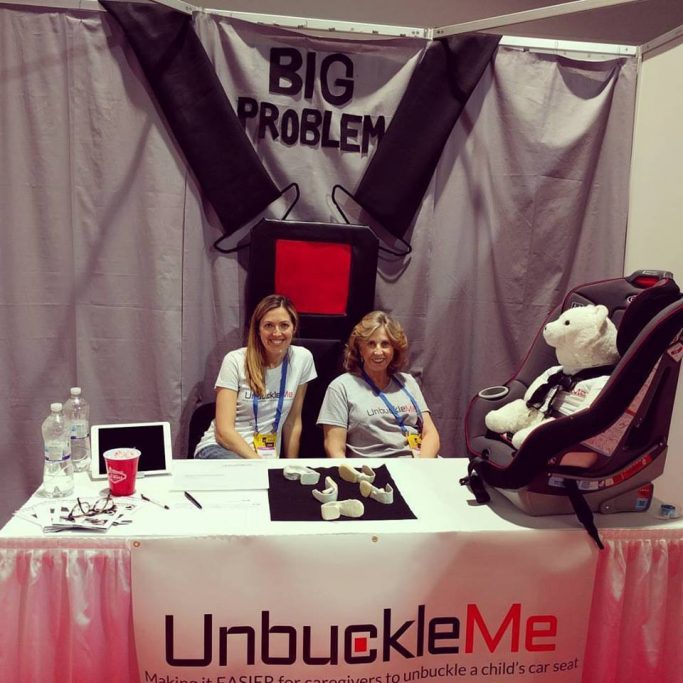 Barb and Becca raced home to Houston from the convention full steam ahead. They set up a Kickstarter campaign, reached their goal of $10,000, and launched UnbuckleMe in late 2016.  Becca, 32, handles the business side of things and the constant social media posts. Barb manages orders and works to gain new clients.

As she shows me her email box, with sales notifications from Amazon rolling in, Barb says she had a lot to learn while designing the product.  She needed to make sure the piece would not melt in a hot car during the insufferable Houston summers. Or crack because it is frozen solid in Canada or Alaska.  Laughing, Barb says she put the gadget in the freezer for three days to test it.

I ask Barb if she ever predicted she’d be doing something like this? After responding with a quick “no,” she adds, “it is fun to create and learn new skills and help people.”  Here we go again—I hear it over and over.   Another example of someone who has started a completely new and unexpected project after their kids are grown.  And she gets to work with her daughter—how great is that?!

Practicing with the adorable little sample bear Barb offers to the 34 stores that carry their product, she walks me through a demo of how to use the UnbuckleMe device.  Once I do it a few times, I realize this simple, bright red object must be a game-changer for an awful lot of people.  Since occupational therapists make adaptive equipment for patients who have trouble with normal activities, Barb says she wants all therapists to know about their product—and how it will help people. 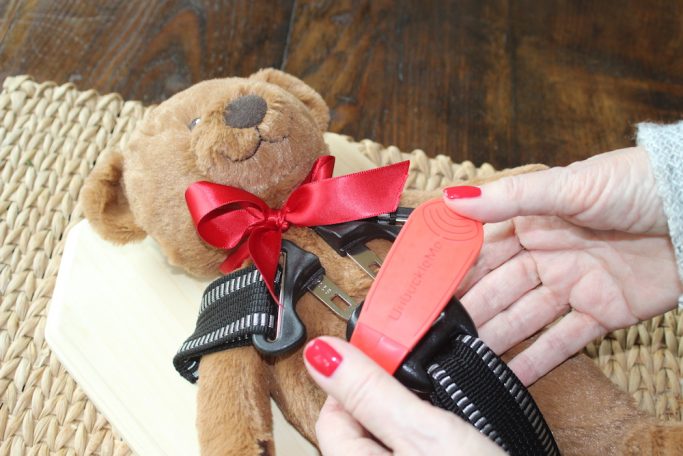 Such a simple product makes a difference to so many!

Since UnbuckleMe is up and running, it is no longer a 24/7 venture for Barb.  As I admire her abstract paintings on the walls, she tells me she wants to spend more time painting this year. Maybe take some art classes.   Since a recent iPhone photo class was great fun, she might try her hand at photography.  She loves spending as much time as possible with her two granddaughters and is thrilled another arrives this spring.

Her feet ache, and she is exhausted after a long day at a conference. “But I love it, and I’m having a ball,” says Barb.  “This is something I made, and people seem to like it. I am even thankful I have arthritis!”

You may also enjoy reading about Xima Lee Huling’s art and the Green Bag Ladies. 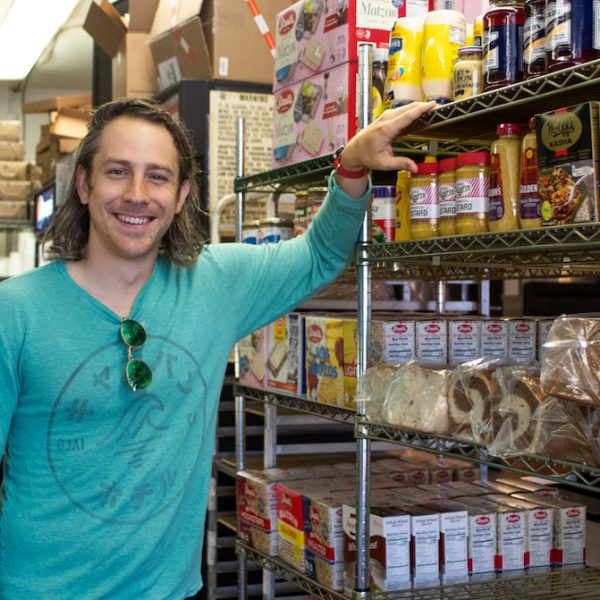 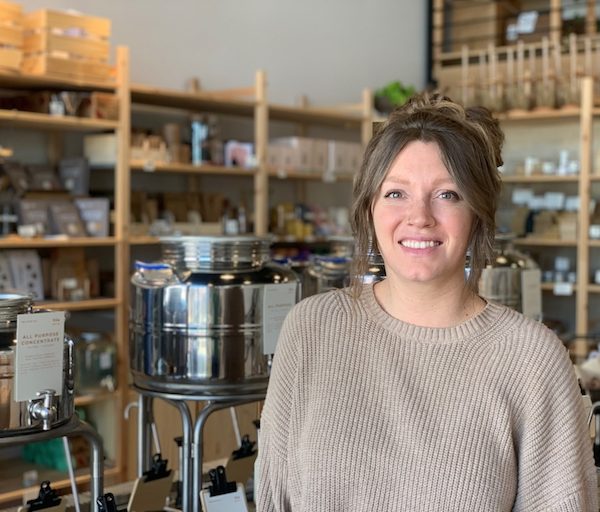 Exploring Megan Gill’s package-free shop, The Good Fill, is like… 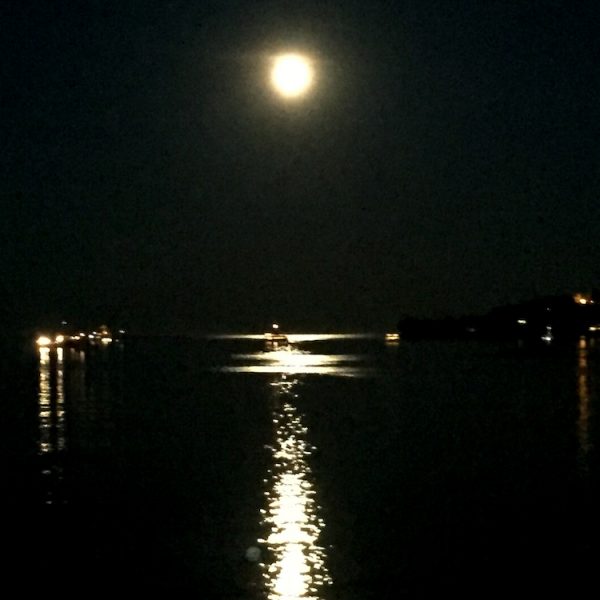