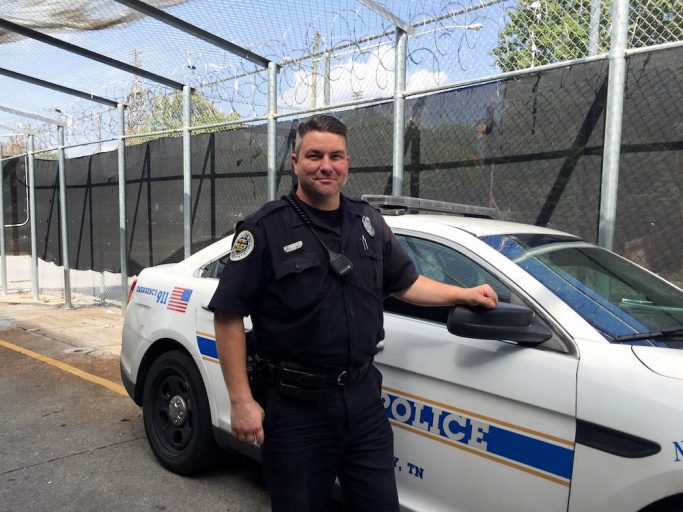 The sergeant-in-command directs me to the room where roll call is beginning.   Reminiscent of police tv shows, the two sergeants discuss the priorities for the day to the 30 or so police officers gathered.   A murder suspect was apprehended overnight, so locating him is no longer a high priority item for these day shift officers.  As I sit at my table and look around at the quiet and matter-of-fact officers, I wonder which lucky man or woman drew the short straw?  Who will I be riding along with today?

Officer Allen Cantrell assures me he and fellow officers in his precinct’s detail actually like having citizens ride along with them from time to time.  A 16-year veteran of the Metro Nashville Police Department, he enjoys educating the public and showing people first-hand what life as a police officer involves.  Without a bulletproof vest or Academy training, I am not certain I need the “interesting and eye-opening experience”  Officer Cantrell is hoping to give me today.   As we are buckling in and heading out, our first call of the day comes in over the car radio. 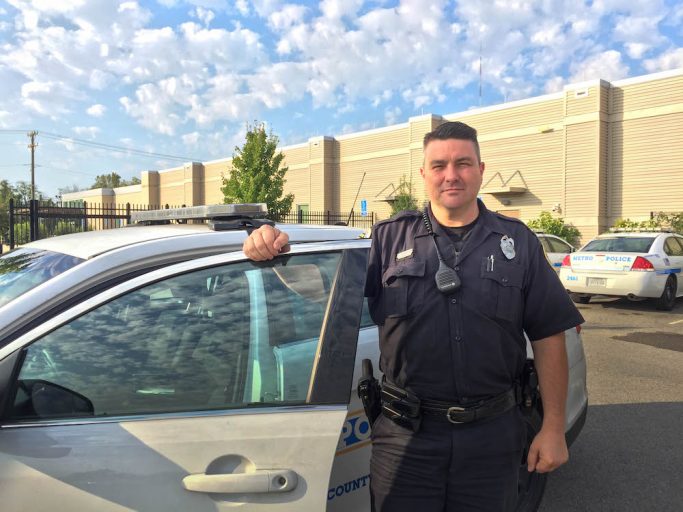 The officers do not routinely patrol in pairs, so I am riding shotgun as we respond to a minor crash on the highway.  My questions and his explanations are continually interrupted by the radio over the next few hours. Putting his Environmental Science degree to work in a lab after graduation, Officer Cantrell soon realized he wanted a job with “more action, more movement.”  He certainly has it now.   Responding to accidents, traffic stops, and a stolen car report, I point out the calm and respectful way Officer Cantrell handles those involved.  He admits he “always tries to do the best he can.”  “I like helping people,” he says.  “When someone hates me, just because of my profession, it hurts,” he adds.

Officer Cantrell is testifying in court today which, he confesses, is not his favorite activity. “I’d rather be chasing bad guys,” he smiles.  Although it takes him off the streets for a couple of hours, the judicial process is intriguing for me to see.   Heading back out, the avid hiker and fisherman tells me he works closely with retailers in his West Nashville precinct. Theft problems are ongoing, and a recent shoplifting trend is to steal bags and carts full of Tide laundry detergent.   Officer Cantrell explains this brand of detergent is used in the drug world as a “type of currency.” 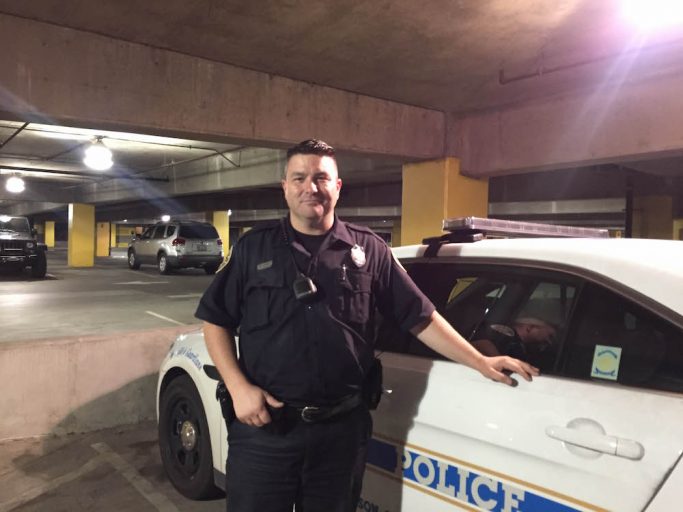 While he’s catching up with the paperwork pertaining to the day’s calls, I have a chance to look around the 2017 Taurus squad car.  A computer is by the center console, although today’s budgets don’t allow for hands free systems or GPS.  He says he transports people in the backseat, behind the protective partition, 2 or 3 times a week.  Officer Cantrell leaves the window cracked so he can hear what’s going on around him.  I guess a small amount of paranoia comes with this job, and he agrees.  He and his wife tend to sit off to the side in restaurants, where he can see the door and observe, he remarks.

After some more routine to him/fascinating to me pullovers, we get called to a domestic dispute.  Officer Cantrell explains he must call for backup on certain types of calls, and this is one of those.  The two officers motion for me to follow them to the front door of the home. They introduce themselves and me, and we all receive permission to enter.  This turns out to be the “interesting and eye opening experience” Officer Cantrell wants me to see.  Standing close to the door and out of the way, I am impressed with how both officers handle the situation – and it takes a while.  Working as a team, they are relatable, professional, and clear to the obviously drunk and/or high people in the room.  By this time, I trust Officer Cantrell to read the situation and keep me out of danger.  Plus, I am far too engrossed to be frightened! 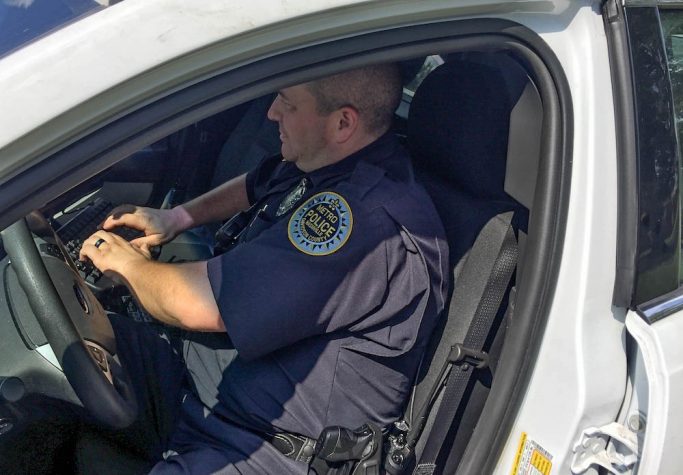 After settling things down and leaving the scene, Officer Cantrell predicts we may not be finished with this situation.  He guarantees we will be back, and he is correct.  Twenty minutes later we get the call, and this visit ends by taking a citizen into custody.  Officer Cantrell frisks the suspect, loads him behind the bulletproof glass in the back seat, and off we go to the booking center.  Although not abusive, our passenger talks non-stop the entire ride.  I am exhausted listening to the constant babble, yet Officer Cantrell is able to tune him out and concentrate on his job.

Nine hours later, I am emotionally and mentally drained.  Although he is too, Officer Cantrell says it is indeed a privilege for him to help people and the community in this way.  His favorite part of his job?  Doing good things for people.  He does “get to see the darker side of human nature,” he reflects.  But he also sees “how amazing people can be to one another.” 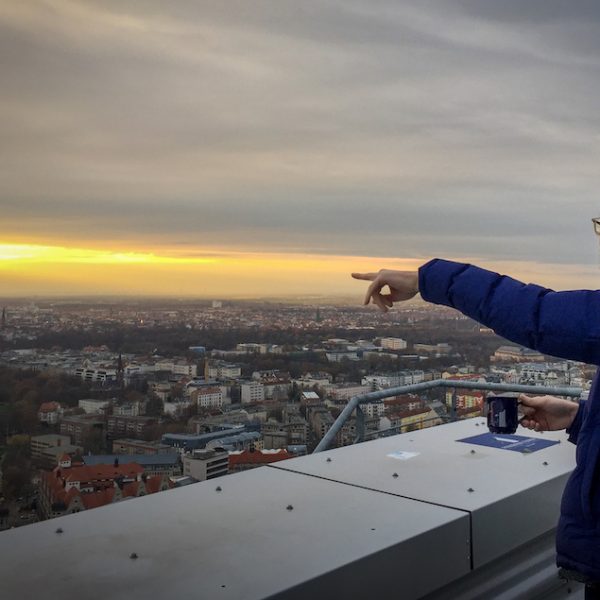 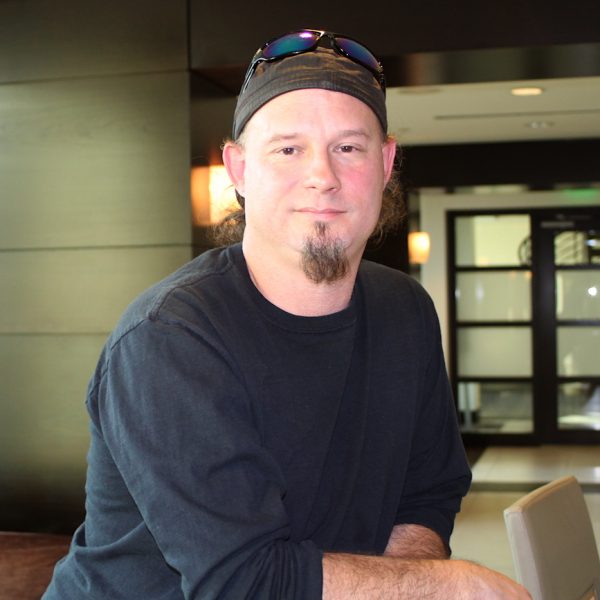 Since moving to Nashville, I spend more time listening to… 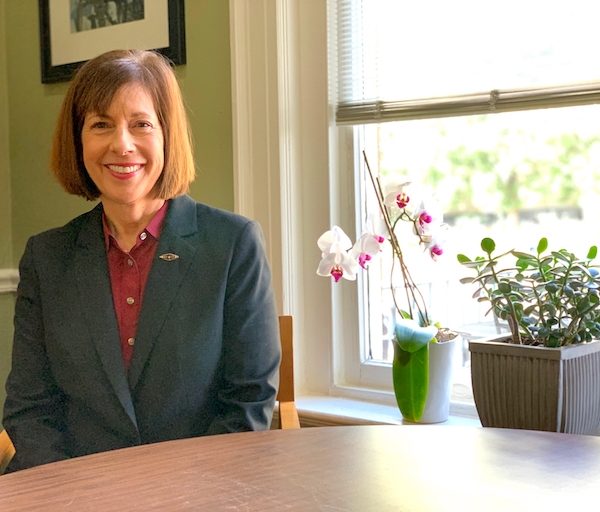 People in their fifties, sixties, seventies, and eighties are different…