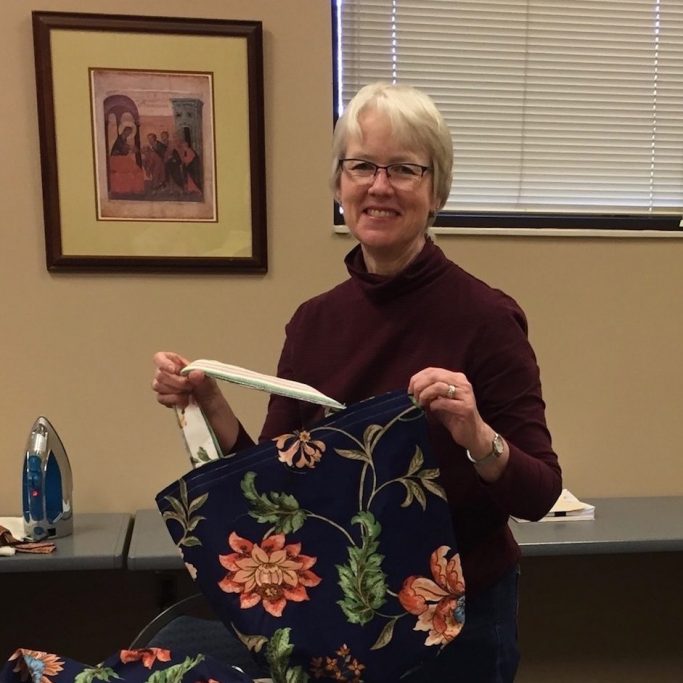 This article was originally featured on New Dream in June 2018

Teresa VanHatten-Granath was disappointed when, one day, her husband returned home from the grocery loaded down with plastic bags. Asked why he wasn’t using their own environmentally friendly cloth bags, he sheepishly told Teresa “they were in the other car.” “Fair point,” Teresa mumbled to herself.

But she was still frustrated. On average, we discard 1 million plastic bags every minute, worldwide. Each bag is used for about 25 minutes, then takes another 100-500 years to decompose. Our plastic trash flows to streams, rivers, and the oceans, where it’s ultimately drawn into the center of a whirlpool-like ocean gyre and trapped. Over time, the plastic breaks down into microscopic pieces that pollute our oceans and kill sea life.

Frustrated but motivated, Teresa retreated to her sewing room, gathered a pile of scrap fabric, and started making simple shopping bags. The spare-time seamstress churned out an ample supply—enough for both family cars (a necessity at the time) and extras to share with her photography students at Belmont University in Nashville, Tennessee. Embracing the pretty flowered and patterned bags, her enthusiastic students photographed each other toting books, equipment, and food in their bags around campus. And they encouraged Teresa to DO something with her bags. They wanted her to “try to make a difference.”

And that’s how it all began. The energetic self-starter and lover of all design projects jumped in with both hands and feet. With her students’ advice, encouragement, and web expertise, the Green Bag Lady project was born. Since the founding of this nonprofit group in 2008, volunteer “bagettes” have cut, sewn, and given away more than 46,000 reusable cloth shopping bags.

Kathleen Donofrio (pictured in photo), a woman with a passion for helping others and protecting the environment, arrived in Nashville via Winston Salem, North Carolina. She and her husband had relocated due to his job, leaving their friends and roots behind. “It was hard to make the move,” she says, explaining the challenge of having to “reinvent” herself in Tennessee, although she acknowledges  “change and upheaval are typically good for a person.”

Kathleen, a former nurse, longed to meet people, learn Nashville, and stay busy. “Besides friends, I was looking for a place to belong and make a difference. I wanted a purpose.” She began to pursue volunteer options as a way to acclimate to her new surroundings and give back to others. She taught English language skills at the Nashville Adult Literary Council and loaded boxes with supplies at The Pencil Foundation’s LP Pencil Box and Second Harvest Food Bank.

Then, in 2008, she met Teresa VanHatten-Granath. Both women had subscribed to a community-supported agriculture (CSA) program and were picking up organic food from local farmers. Kathleen noticed Teresa and her bright, pretty fabric grocery bags in the church parking lot. Teresa offered Kathleen one of her bags and described the recently founded Green Bag Lady project, saying she was looking for volunteers to help her sew and distribute the bags. Kathleen, with her talent and love for sewing, readily agreed to give it a try.

Nowadays, a dedicated crew of women in Nashville and Denver, Colorado (where Teresa now lives) meet twice a month to produce and assemble a mountain of cloth bags. They fold and cut fabric, attach handles with a contrasting pattern, iron, and sew. The bags are numbered and labeled as they are produced. “Everyone has a specialty, and it’s a very fluid process,” comments Teresa.

Fabric manufacturers and designers donate and ship the fabric directly to these groups and to the 30 other Green Bag Lady chapters in the United States and around the world. Kathleen “loves to sort through the piles of material and see where it originated—fabric that would otherwise go to waste.”

Teresa’s father, a retired electrical engineer and computer science guru, has helped subsidize the costs for thread and sewing notions since the non-profit began. He’s also the numbers and stats guy behind the operation. Every bag is labeled with a number—if the Bend, Oregon, chapter is making 100 bags, he will assign 100 sequential numbers for them to use. This helps him track the quantity of bags created and where in the world you may find them. At last count, the bags are used daily in more than 3,500 U.S. cities and another 1,600 internationally.

The sturdy, eye-catching bags are given to anyone who will promise to use them in lieu of plastic while shopping. The Green Bag Ladies willingly offer them to other shoppers or interested community groups. They’ve handed them out at farmer’s markets and grocery stores, and even distributed them to city council representatives, hoping to encourage civic discussion of ways to decrease plastic refuse in our communities.

But still, Kathleen says, “the group would love to see more of the bags around Nashville.” She and her co-volunteers are disappointed so many people continue to use high numbers of plastic bags, and cities haven’t done more to stem the flood of plastic to our oceans and landfills.

Kathleen estimates she’s made “thousands” of the bags. Teresa confesses she “could sew them in her sleep.” It’s truly a labor of love for these and the other participants who share a passion for improving our environment. “I’m just a person who wants positive change and enjoys putting my talents to good use. It makes me feel good to contribute,” explains Kathleen. “Before I moved, I had well-defined roles as ‘mother’ and ‘nurse.’ I hadn’t imagined what else I could do outside that pattern. I’ve made new connections and new friends and, in small ways, I hope to make a difference.”

After moving to Denver in 2013, Teresa discovered Green Bag Lady was a good way to integrate into her new city. Along with managerial and coordinator duties, “Chief Bagette” Teresa is still very much involved on the bag assembly line in the Denver chapter she founded. Although the Nashville Green Bag Lady group—the very first one—holds a special place in her heart, she’s guided the beginnings of 32 (and counting!) more chapters around the globe. A chapter consists of 1 or more people who make 10 or more bags per month.

For a pattern for making your own bag, and for information about becoming involved or founding your own chapter, visit the Green Bag Lady website. 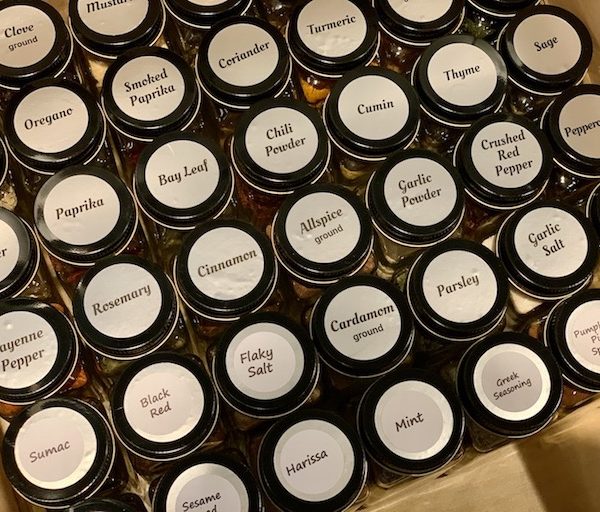 Control What You Can and Let Go of the Rest 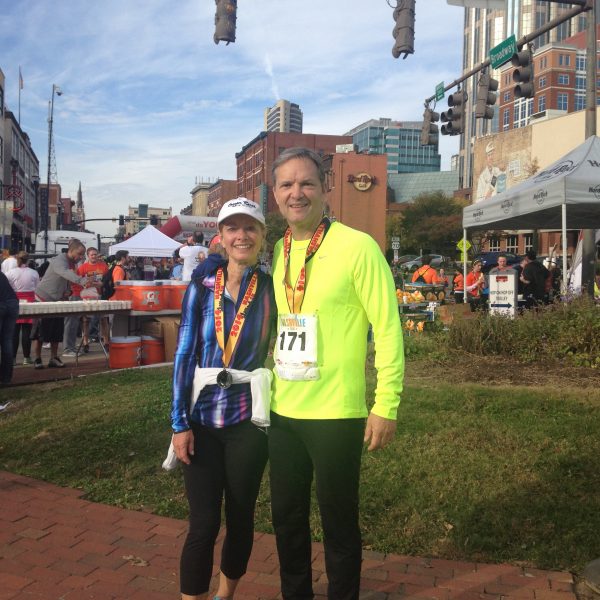 Downsizing and Letting Go of Stuff

Our two sons were finishing college when my husband of…